The unfolding of events the last week or so in Ferguson, Missouri evoke that Deja Vu phenomenon of "we have all been here before."

Whatever the version of events, the people who hear the stories experience confirmation bias--they accept only that information that confirms their worst suspicions. And this is reinforced by a phenomenon known as social proof or group think--bringing one's beliefs in conformity with those around you.

Then the manipulation of (or by?) the mainstream media begins. Supporters of Brown provide a flattering photo of Brown as a high school graduate and future college student. 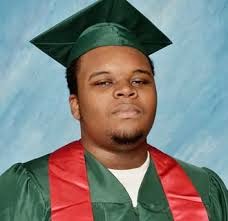 He is remembered as a "Gentle Giant."

Local residents organize protests calling for justice. They create a symbol for the event--in this case, hands raised. Others outside Ferguson embrace the narrative--and the symbol. 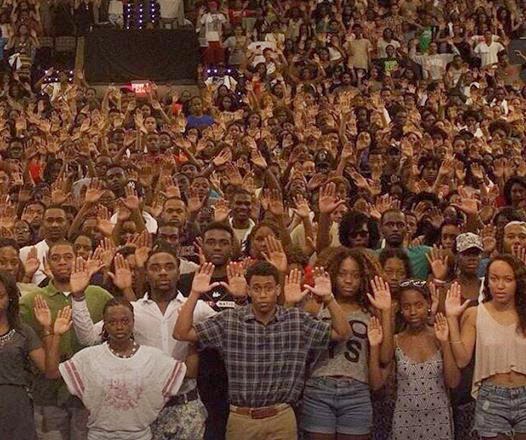 
Meanwhile, other residents of Ferguson seek justice of another sort. (H/T Conservative Treehouse)

Suspecting that the local QuikTrip called the police about an alleged theft by Brown, they loot and burn it. 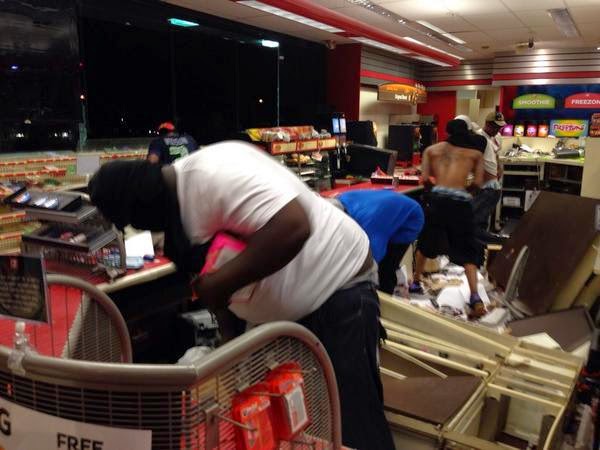 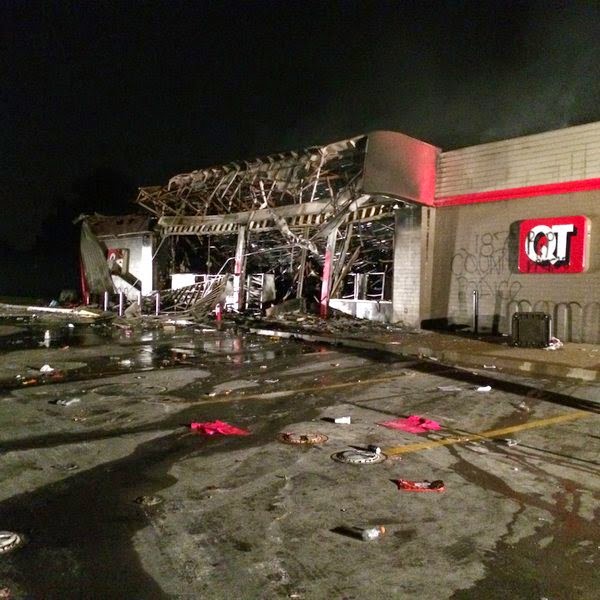 They spray paint a message on the side of the QuikTrip. 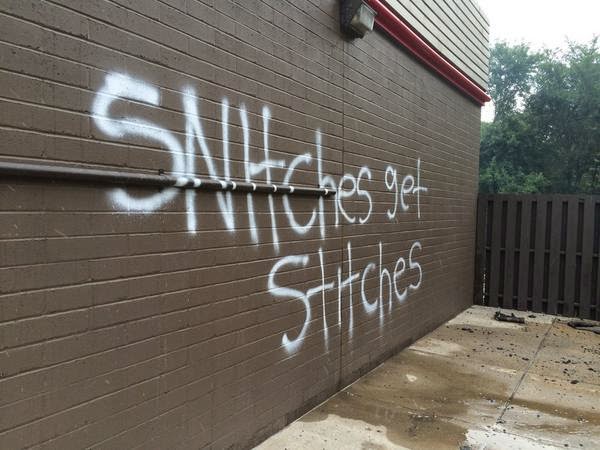 Then when they learn--oops--that Ferguson's Market called the police, they loot and burn it. 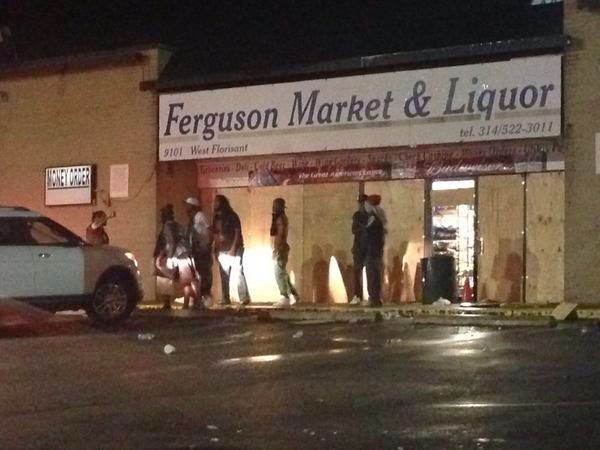 The police department, of course, will say nothing. It will be conducting an internal investigation. It will interview the police officer, review any security video, and interview any witnesses. It will brush aside media requests for information because they are in the process of conducting that investigation.

Without any competing narrative, too many people in Ferguson (and elsewhere) remained convinced that their version of events it true. The demand for blood justice lead to overcharging. Overcharging leads to acquittal. Acquittal leads to frustration, anger, and even violence.


And then it will happen all over in another town after another shooting.
Posted by RightDetour at 9:06 AM

The black community has been treated like a spoiled child for decades now, at the insistence of the Left. We are not allowed to discuss the failures and problems that hang over virtually every predominantly black community lest we be labeled as “racist” for merely pointing out the truth. Consequently the often true charge that blacks are treated more heavy handedly by police cannot be answered with the facts, which are that heavy-handed treatment is the natural consequence when dealing with a subculture in which crime and violence are just an everyday way of life. In other words, it is the black community itself that creates the very conditions it rages against. At this point the spoiling has gone on for so long that the entire black community has a collective hissy fit, to put it mildly, at any suggestion that they be expected to follow the same procedures for seeking justice that all other Americans must pursue. It is just one more of the ruinous effects of liberalism on this country.

I consider the violence, looting and threats to be nothing less than domestic terrorism. These are people hurting innocents, whether physically or financially, in order to intimidate people into giving them what they want. Given who’s in charge, I’m guessing they’ll get it.

Liberalism in this cause manifests its own kind of racism--as someone once called it--the racism of lower expectation.