It appears profiling saved another life.

After burning the bodies of Christina and Ethan Anderson in their home, DiMaggio took off with Hannah for the back country of Idaho. At one of their camp sites, they encountered a group of hikers on horseback. FOX news has their story here.

The heroes of the day


The hikers immediately noticed that things did not quite look right. Hannah still wore pajamas.

"I've spent a lot of time in the back country," explained Mike Young, "and usually you don't run into someone wearing pajamas."

In addition, all their camping gear was new and they appeared to be heading in the wrong direction of their intended destination.

Because DiMaggio and Anderson failed to fit the profile of the typical Idaho camper, Young and John remembered them. After the hikers returned home, they saw news reports of the kidnapping and called police. The FBI subsequently spotted DiMaggio's campsite from the air and dropped in a team of agents. They confronted and killed DiMaggio.

Posted by RightDetour at 5:45 AM No comments:

Psychology as Religion; Religion as Psychology

When people commit some moral offense, they often will attempt to reconcile themselves with the offended party and perhaps with God.

They acknowledge their wrong doing.

They ask forgiveness from God and man.

Not so with our current crop of politicians. They never admit to moral offenses. The admission that one is a morally vicious person might very well mean an end to one's political career. Admit only to suffering from some kind of mental illness. Instead of confession and contrition, seek therapy.


Former congressman Anthony Weiner and current San Diego Mayor Robert Filner appear now as the latest poster boys for psychology as religion. Or is it religion as psychology?

Weiner resigned from Congress after admitting to sending lewd photos to female acquaintances. After " a lot of work and a whole lot of therapy," Weiner has secured forgiveness from his wife and is back as mayoral candidate for New York City. 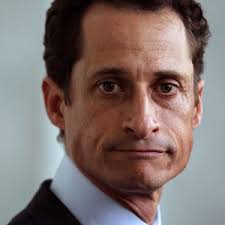 Meanwhile on the left coast, San Diego Mayor Robert Filner has been accused of multiple cases of sexual harassment. While Democrats fought on the front lines of the Republican "war on women," Filner stayed behind the lines gawking and groping. As pressures mounted for his resignation, he did what any self-respecting politician would do: he checked into a two-week session of concentrated therapy. And now he has been released as an "outpatient."

Because their actions reveal  a character flaw--an immoral disposition, if you will--a couple of weeks of therapy will accomplish little.

Do not experience surprise when they appear in the news again.

Posted by RightDetour at 5:49 AM 4 comments:

A Sunday Review: The Future of Conservatism

In the continuing search for insights into the meaning of conservatism, A brief review of The Future of Conservatism: From Taft to Reagan and Beyond by M. Stanton Evans.

The timing of the publication is an interesting one. It was just four years after the Goldwater election disaster, yet conservatives such as Evans remained hopeful about the future of their movement owing to the election of Ronald Reagan to the governorship of California. In fact, that is the main theme of the book. Rather than a work on conservative philosophy, The Future of Conservatism looks at the political landscape and assesses the prospects of conservatism as seen in 1968. Although dated, the book provides incite into the thinking of conservative activists before the domination of the White House by Republicans begun by Reagan.

In his introduction, Evans writes that the "argument of this book is that American life today is marked by a number of changes" that indicate the coalescing of a "new sort of power grouping which, over time and through and intelligent strategy, can become the leading element of our politics."

Evans distinguishes this conservatism from the Republican Party itself. He suggests that the Republican Party of the 1960s largely reflected the views of the so-called "Eastern Establishment" that included politicians like Nelson Rockefeller, William Scranton, and even, to a lesser extent, Richard Nixon. This establishment resented the more conservative elements that rallied around Goldwater. The establishment actively worked against them right up to the party's national convention in 1964. These establishment Republicans blamed the conservative shift of the party for the landslide loss to Lyndon Johnson.

Evans argues, however, that the landslide resulted form the dynamics of the campaign itself rather than conservative ideas. He notes that in 1960, Nixon attempted to bring together a coalition of more traditional Midwestern conservatives and the more liberal northeastern Republicans. Although these wings of the party were not compatible,  Nixon nearly pulled off a victory. In contrast, Goldwater attempted to link more amenable sections: the Midwest, the South , and the West. Evans asserts that this coalition appeared very competitive against the Northeastern liberal candidate, John Kennedy. Kennedy's assassination, however, and the nomination of Lyndon Johnson changed everything. For Evans, building a coalition of this new power grouping of Midwest, West, and South remains a solid strategy. The voters in these regions appear more receptive to the message of the new conservatism.

Evans cites contemporary polling data in support of his claims about the strength of conservatism.  A 1963 Gallup poll showed a considerable 53% to 25% divide among voters in favor of the Democrats. Another poll revealed something else. When pollsters framed the question in terms of liberal vs. conservative, the divide was a much closer 51% to 49% split in favor of liberalism. It appeared that Americans identified themselves as conservative but not Republican. Evans' conclusion is that in order to win, the Republican Party must become the conservative party.

Evans sees great potential for the growth of conservative Republicans. In the 1950s and 1960s, the suburbs grew three times as fact as the urban areas. Home ownership among Americans was on the rise. Evans contends that for the most part these new property owners resent the increased taxation that funds liberal social programs. Much of the this suburban growth took place in the West and especially the South. Orange County in California had experienced an influx of new residents from the traditionally Republican Midwest, making that state politically competitive for Republicans. The growth of the suburbs around cities like Houston, Dallas, Charlotte, and Atlanta, according the Evans,  hold great promise for the growth of the Republican Party below the Mason Dixon line. The election of George Bush in 1964 from the suburbs of Houston symbolized that promise.

Goldwater's attempt to attract voters in the traditionally Democratic South led to the beginning of a political narrative from the left that continues to this day. Liberals never exhibited must angst about the so-called "racist " votes from the South as long as people cast those votes for Democratic candidates who supported the progressive initiatives of the liberal wing of  the party. Once Goldwater made inroads into the once "Solid South," suddenly liberal Democrats and their fluffers in the media discovered racist voters and began to tag the Republican Party as the party of racism and "The Old South."

While racism and the end of segregation may have contributed to the willingness of some Southern voters to abandon their traditional party, events outside the South probably made a much greater contribution. The continuing leftward lurch of the Democratic Party in the hands of the new Left helped the cause of the Republicans and it conservative wing. The urban riots, the political assassinations, the rise of the counterculture, the legalization of abortion, and economic stagnation that occurred under the Democrats convinced many Americans that the time had come for change.

Evans closes his book on an optimistic note--the rise of Ronald Reagan. Evans describes the rise of Reagan from the occasion of the 1964 televised speech on behalf of Goldwater to his ascension to the governorship of California in 1966. Reagan embodies the hopes of the Goldwater conservatives. Evans' optimistic expectations regarding Reagan, however, remain unfulfilled for over a decade. Nixon, of course, won the presidency in 1968 and in 1972. The early promise of the administration ended in the betrayal of Watergate. Only after yet another ineffective Democratic administration did the conservatives win the prize of the presidency. And 30 years passed after the Goldwater run in 1964 before the Republicans captured a majority in the House of Representatives.

Posted by RightDetour at 3:55 PM No comments: